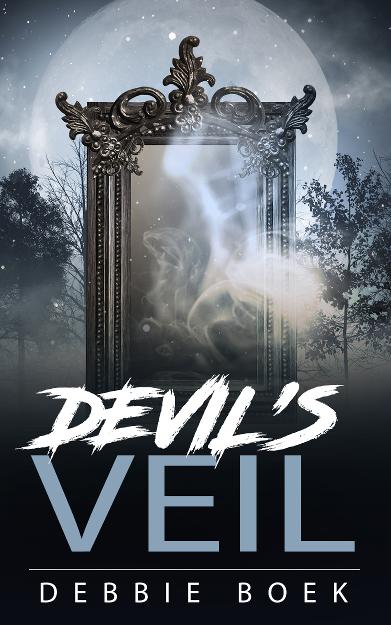 A supernatural thriller where the past refuses to
stay buried.

Click HERE for pre-release orders.    __________________________________________
Evil has pierced the veil between the living and the dead once again in this next installment of the Devereaux Chronicles.
Shelly Draper and her friends have no inkling of the danger that they are exposing themselves to when they foolishly hold a séance in the hall of mirrors of an abandoned amusement park, but they find out soon enough when those spirits follow them home.       Scott and Tim Devereaux will have to identify the type of entities that came through before they can send them back to hell and they begin their investigation by looking into the grisly deaths that closed down the park decades before. H
However, someone wants to keep those secrets buried and is willing to do whatever they have to in order to prevent the Devereaux brothers from exposing the truth.
Other dangers are lurking even closer to home when a long-forgotten acquaintance returns and is looking for revenge. Scott and Tim’s new nemesis has only one objective, which is to make their lives a hell on earth and finds the best way to accomplish that is by terrorizing Scott’s new wife, Emma.
Torn between the mindless evil that has crossed over into their world and the vile intentions of their fellow human beings, will Scott and Tim manage to be in the right place at the right time in order to protect their family and friends?
Or will someone have to be sacrificed so that the others can be saved?

THE KNIGHTS ARE FOREVER SERIES
For more information about any of these historical romance novels, click HERE 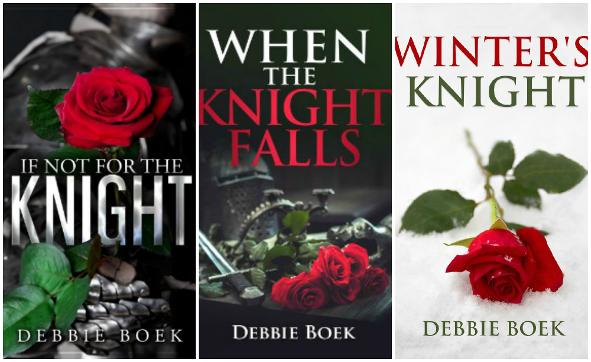 If supernatural thrillers are more to your taste,
click HERE for information on the Devereaux
Chronicles. 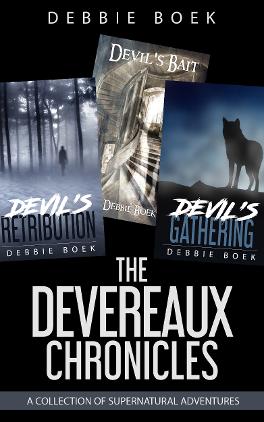 Thanks for joining me and please feel free to contact me with any comments or questions you might have.
You may also want to to check out my blog posts at debbieboek.blog